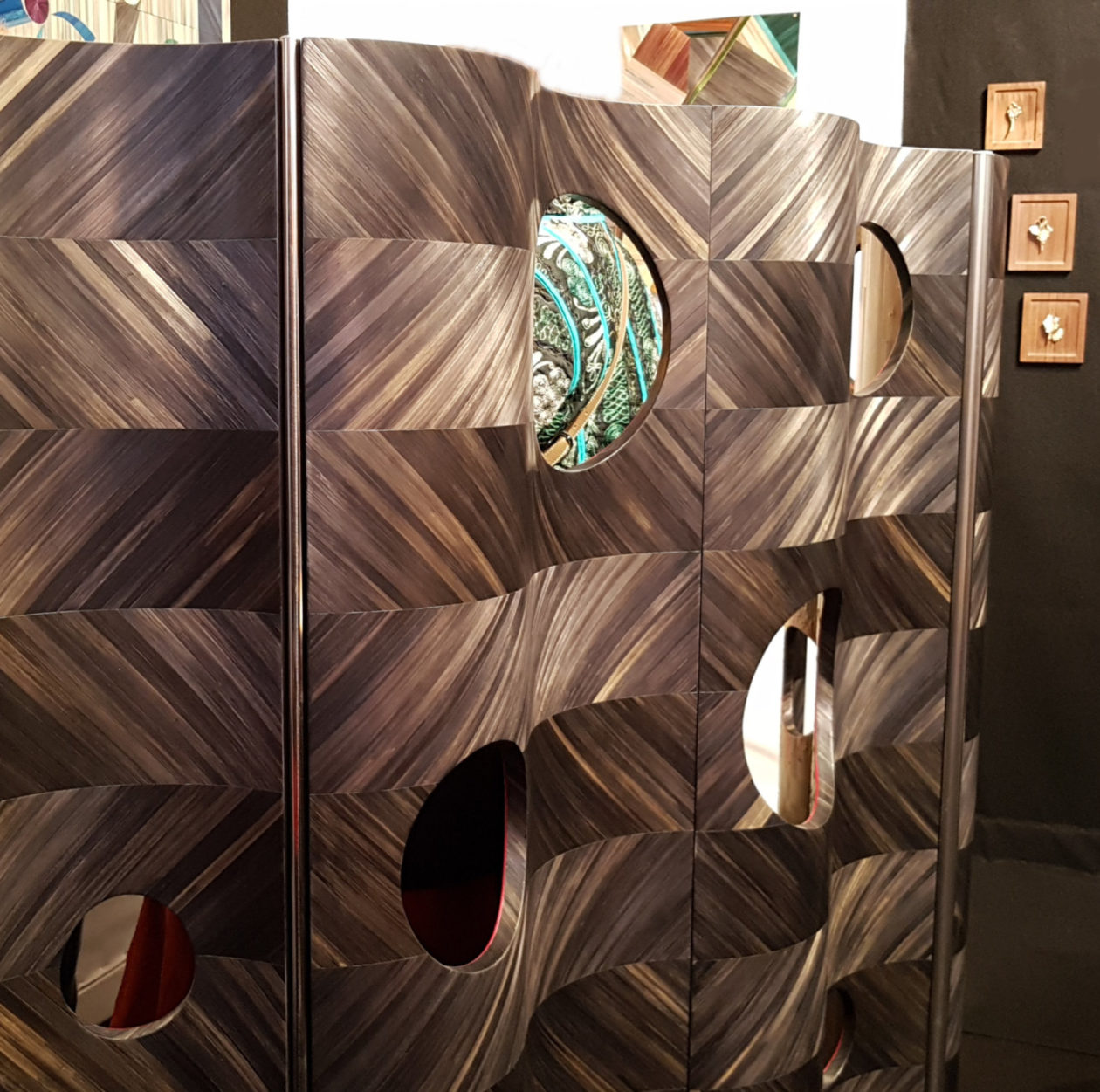 Create an isolated space for privacy or business meetings, protect against drafts or even protect from demons in some cultures… the screen appears in China in noble families of the Zhou dynasty.

In the 8th century, it was adopted by Japan and then Korea. The first British travellers brought several copies to Europe in the 15th century. It appears two centuries later in the private apartments where Catherine de Rambouillet launches the fashion of the screens in serge, in sheet adorned with silk, gold or silver braids.

Although becoming obsolete and vulgar at the end of the 18th century, the screens witnessed a new revival of consumer interest around 1860 under the reign of Napoleon III. At that time, the artistic movement inspired by Japanese art and developed in Impressionism & Art Nouveau appeared. The screens usually matched to the wall hangings or the seats upholstery. Brought up to date, it became a decorative piece of furniture. 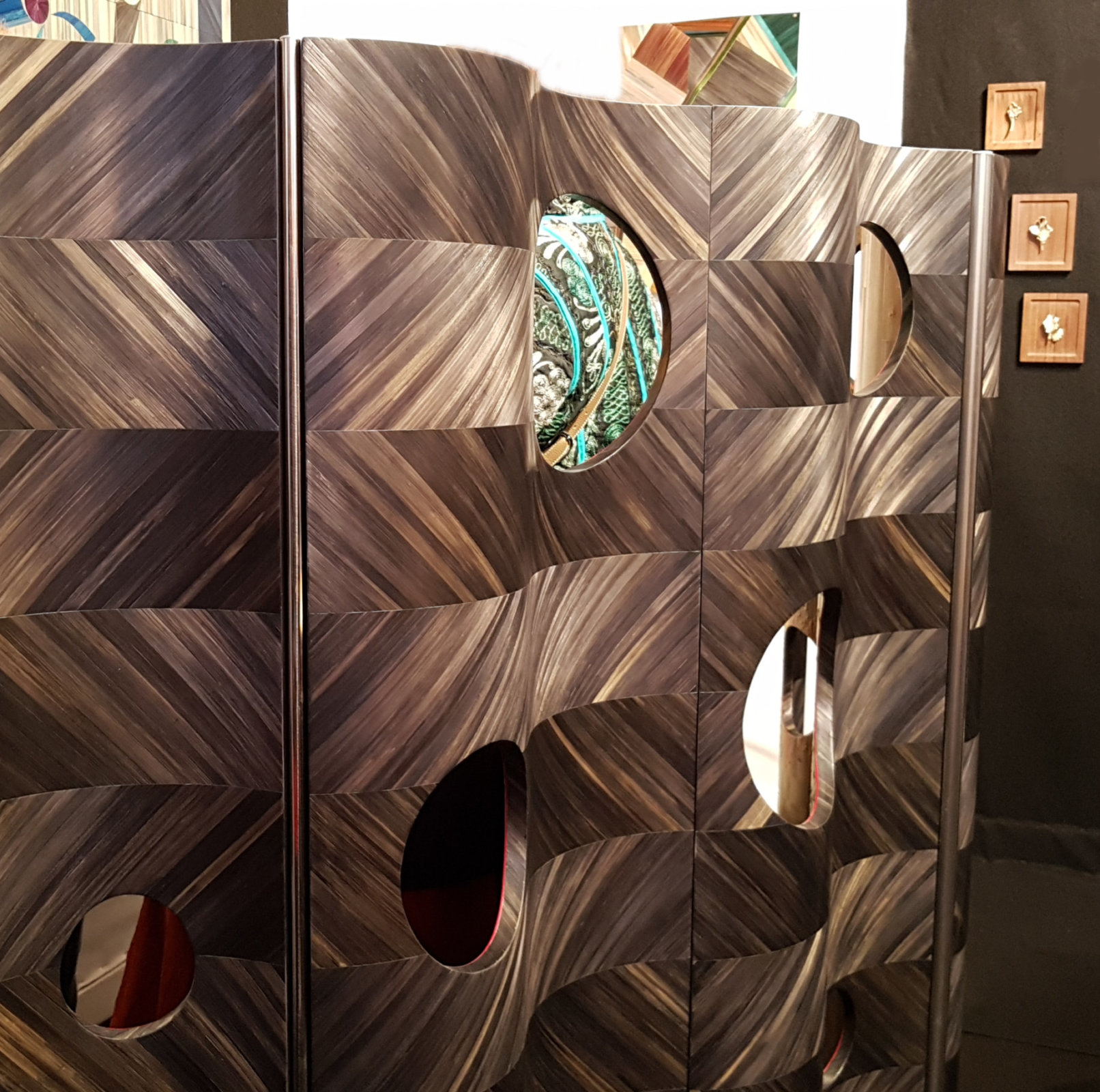 Photo : this wood screen is composed of adjustable panels, covered with straw marquetry. Entirely made by a French straw marqueter craftsman.

To discover other straw marquetry creations 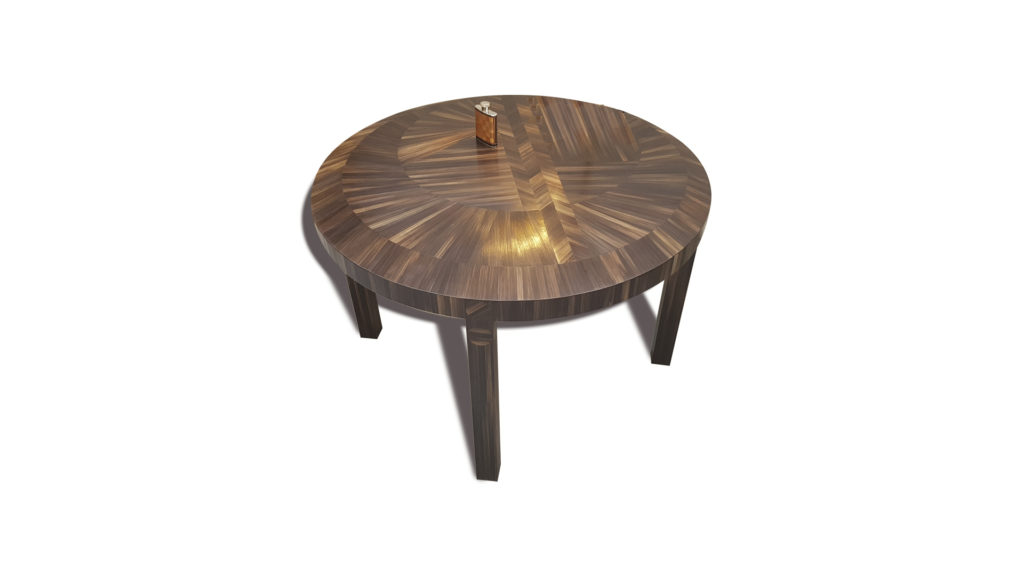 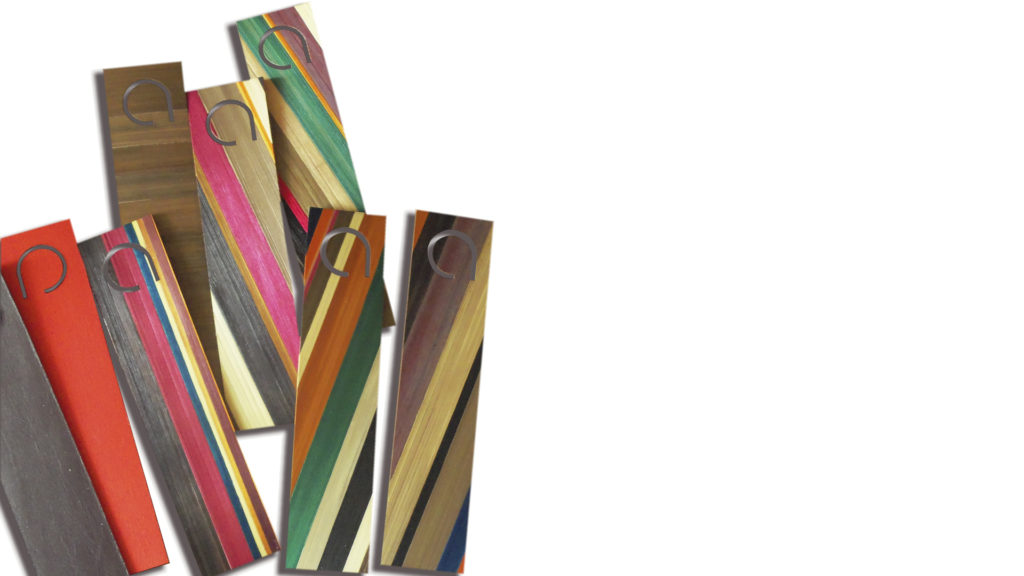 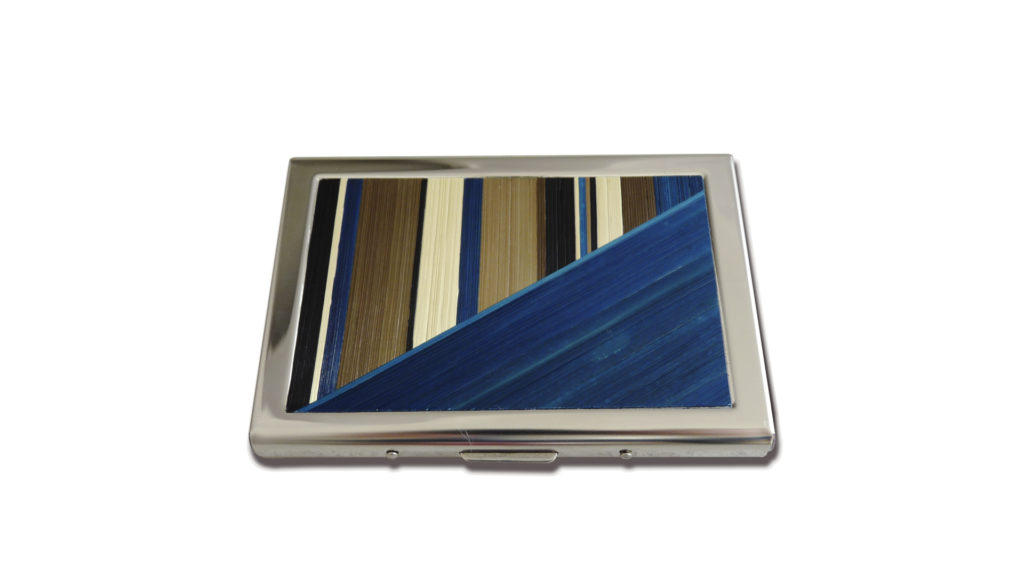